Luma is a  laser based sliding puzzle game for the Commodore 64. Slide batteries, lasers and mirrors around to light the targets within the given shift count.  With 128 levels Luma will keep you occupied for hours and test your puzzling skills to the max.

Play in Normal mode and try to complete the levels within a designated number of shifts, and return to where you left off using level codes on each level. Or if you are feeling like a more casual game play in Practice mode to test any of the levels with no shift limits.

Luma was written on a Twitch stream (https://www.twitch.tv/shallan50k) in a marathon 16 hour charity session in support of the Extra Life charity (https://www.extra-life.org/) during which viewers raised an incredible $1220.69 for a very deserving charity. Extra Life unites thousands of gamers around the world to play games in support of their local Children's Miracle Network Hospital. Since its inception in 2008, Extra Life has raised over $70 million USD for sick and injured kids.

All proceeds from the game will be donated to Extra Life, so why wait? Get your copy now!

Concept and Code by Shallan

In order to download this game you must purchase it at or above the minimum price of $2.99 USD. You will get access to the following files:

A very good puzzle-game where the solutions are often much simpler than those we imagine ^^ !

Does the game purchase include a box art image? I noticed that a physical edition of the game had box art, and was wondering this is art is available if available with the digital version as well, as I like having box art for each of my games.

BTW. The Laxity crack of V1.0 worked fine besides the missing NTSC fix of the endsequence which was still as bugging on NTSC as the original.

No the Laxity NTSC fix made the code entry extremely glitchy and almost unusable. But  I wouldn't expect  a cracker to know how to actually QA stuff. Re: the end sequence it appears to be ok for me on NTSC, but ill take a closer look  in the coming days, thanks :)

Currently PAL but look out for an NTSC update 1.1 in the next few days

Is this game compatible with C64 mini?

It is though id recommend a usb keyboard as you will need for entering codes and spacebar for reset level.

I think I could manage with virtual keyboard in this case, but thanks for the info :)

Going to make a purchase :) Cheers!

I can give you one clue. Start by moving the first mirror the laser is hitting to the left. Hope that helps!

Yeah I went that way but nothing happened but ran out of moves :(

Anyway to turn off the scrolling text while playing the game.

Thanks for the reply and great game by the way.

Anyway to turn off Level 24 during the game? :P

Thanks so much for making a brilliant puzzle game like Deflektor again! It's a real breath of fresh air to have new puzzles and challenges like this! :)

Awesome game Shallan, as usual ;) that was great fun ! Amok. 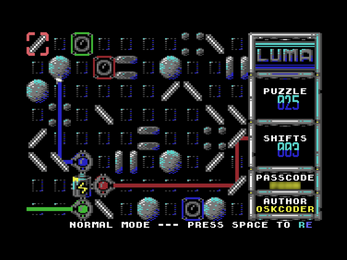 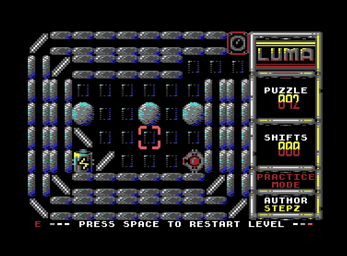 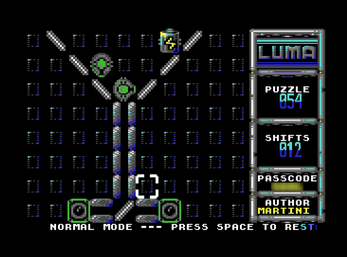 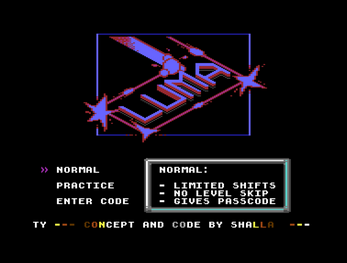